Read our other blogs

Will you need a ‘crystal ball’ to predict the impact of global and local indicators on the UAE’s economy for 2019? To get an insider’s outlook, we spoke to Evren Altiok, Head of Strategy, Insight and Corporate Communications at CBI, on what to expect this coming year.

On the 29th and 30th January of this year, the US Federal Reserve will meet for the first time to discuss another potential interest rate hike, why would this affect the UAE?

The UAE Dirham is pegged to the Greenback (US Dollar), so if the Fed Interest Rate goes up, which has been forecasted by several economists, it impacts the Dirham and other economies beyond the Atlantic.

The UAE Central Bank closely follows the US Fed Interest Rate. Therefore, a rate hike may result in a dampening effect on the UAE economy, as borrowing costs increase for both consumers and businesses.

However, on a positive note, the UAE government’s 50billion dirham stimulus package announced early last year should help shield from any rate increases, so keep an eye out on the government’s announcements throughout 2019.

If, as some economists predict, growth across China and many emerging markets around the world slows down, how is the UAE likely to be affected?

A slow-down in growth would be expected in China and the closely linked emerging markets, if the US-China ‘Trade War’ continues to escalate.

As an important shipping and trade hub, the UAE is effectively a bridge between the East and the West and is therefore sensitive to changes in trade volume.

Fewer purchases of Chinese goods by the US would ultimately mean a slow-down in Chinese production and therefore less demand for energy.

As the world’s largest oil importer, China is one of the most important buyers of the UAE’s crude oil. A slow-down in China’s GDP would therefore impact the UAE economy in this way too.

However, it’s positive to note that the IMF predicts that the UAE’s economic growth in 2019 will be 3.7%, up from 2.8% expected for 2018, thanks to the continued diversification of the UAE economy.

The events happening across Europe are turbulent to say the least, how will this eventually play out?

No one knows for sure, but with the Brexit deadline of 29th March 2019 and various political issues within the European Union, we will most likely see a challenging Europe in 2019.

To start with, the level of uncertainty on Brexit continues, despite the fact that the deadline is approaching fast. Nobody, including the Britons themselves, know whether there will be a soft or hard Brexit, or instead a new referendum.

Among things to keep an eye out for is also Italy’s budget and the EU’s call for tighter fiscal discipline. Others are the unsettling domestic political discourse in France, and the historic change across the Alps in Germany, Europe’s largest economy, as the Chancellor Angela Merkel plans to step down as the head of Christian Democratic Union, ending almost two decades as the leader of Germany’s most powerful political party.

With Europe facing these challenges, rising uncertainties may impact upon economic growth and stability of the region.

Oil price will naturally continue to be a very important factor driving economic developments and market sentiment in the GCC.

While the UAE is not insulated from the impact of the oil prices, it has been successfully implementing an economic diversification strategy, which places the country better off, compared to the rest of the region.

With Expo 2020 Dubai and Saudi’s 2030 Vision in the pipeline, we may expect to see stronger economic growth on the horizon.

How will the UAE stand-up in 2019 despite all these uncertainties?

It would therefore be fair to estimate that the growth momentum and market sentiment will be stronger in 2019, compared to 2018 and 2017, particularly as Expo 2020 Dubai comes closer.

We should also not underestimate the importance of the fact that, the UAE has successfully and smoothly implemented the VAT regime in 2018, which was a major structural reform.

On the 1st of January 2019, the UAE government’s new legislation including long-term resident visas, investment in infrastructure and public services, as well as relaxed foreign ownership laws to encourage foreign direct investment and small business growth; have become effective. These changes are all positive indicators to support the IMF’s strong growth projections.

Particularly from the second half of 2019, it is likely that Expo 2020 Dubai will act as a further catalyst of growth, as projects will accelerate and the UAE will start showcasing innovative technologies, such the supersonic Hyperloop transporting people at speeds of up to 1,230kph, driverless taxis and advancements in the 4th industrial revolution.

Overall, despite global volatility and uncertainties in the world economy, we forecast that the UAE is on course for a successful year in 2019. 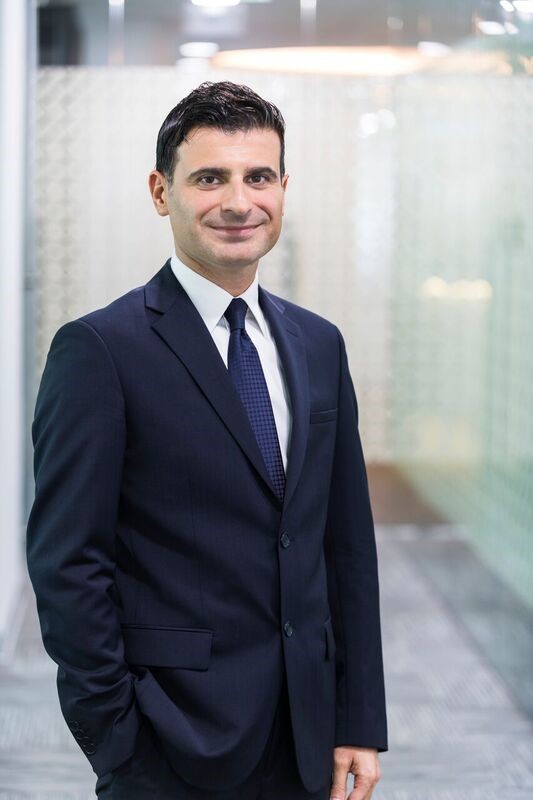 Evren Altiok is the Head of Strategy, Insight and Corporate Communications at CBI and has over 20 years of international banking experience at leading global and local financial institutions.